Classes and Types of Variables

You can specify three classes of variables when performing a decision tree analysis:

Variables may have two types, continuous and categorical: 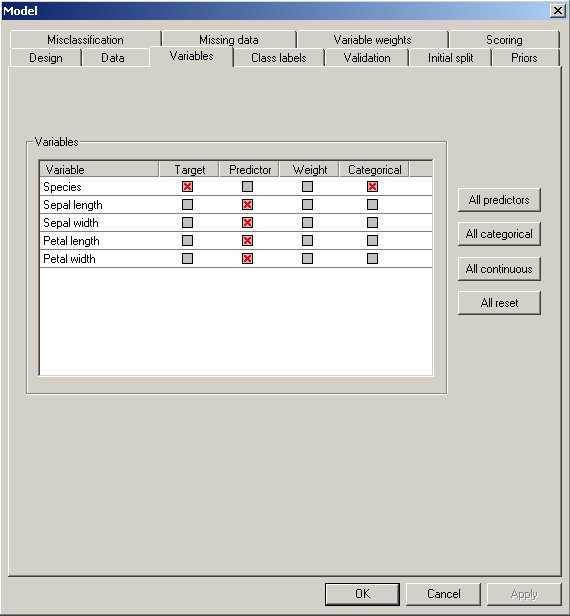